Gamification Over: Three Mistakes to Avoid in Your Promotions

According to P & S Market Research, the global gamification market is projected to grow to $23 billion by 2022, up from $1 billion in 2014. This growth is expected throughout the world due to the increasing adoption of tablets, mobiles, and laptops. It can also be attributed to industry maturation, increasing technology, and organizations learning from their or other’s past (sometimes comical) mistakes. An earlier blog outlined ways in which several organizations successfully used gamification to advance business goals. Coined in 2002 and made popular in 2010, gamification’s staying power amongst organizations, large and small alike, shows that when done right, it can bring tangible benefits to your incentives programs, and, ultimately, your company.

However…that’s only if you execute it right. Here are three mistakes (with examples) to avoid when using gamification in your sales processes.

Example #1:   A couple years ago, while receiving my monthly Lyft ride statement, I noticed I received a badge for riding on a Wednesday. While I appreciated the novelty of being recognized for taking a car on a Wednesday, this does not bring me much lasting value nor did it increase my motivation to engage at a future date. In other words, receiving this badge was not valuable to me, making me indifferent instead of engaged. When badges are misused, program participants do not see value in what they’re being incentivized to do, so therefore gamified elements are meaningless once the novelty or fun of a new game wears off.

Example #2: According to the Daily Beast, Jerry Jacobson worked with Simon Marketing on its $500M McDonald’s account in the 1990s. As an employee, he took the winning Monopoly promotion pieces for himself and replaced them with more common ones; he subsequently handed the winning tickets to people within his own network, winning almost every prize for 12 years. The Monopoly scam is important to look back on because it takes the obvious flawed gameplay example and extends it to articulate the importance of structural security in your promotions. Simply being able to trade out the pieces (in the bathroom) while his female colleague would unknowingly wait outside, shows a careless hole in McDonald’s promotional security protocol.

Example #3: My first ever crush growing up won a trip to London with backstage passes to see Maroon 5.  It turns out the feelings may not have been reciprocated as I was not the +1 for the trip, but, this experience excited me enough to enter the promotion when I saw it again some years later. The registration form was simple enough asking for a couple of basic contact details. No problem. Then I had to create an account. Eh, fine. Next I had to verify the email address. Then email or text a friend about it. Subsequently, it had to be shared on social media-publicly of course. I wasn’t done but I was done. Even though it was something relatable and exciting to me, the actual process to participate was unpleasant and complicated, forcing me to quit playing.

Yes, the gamification hype is in fact real, but you must avoid the aforementioned mistakes and contextually incorporate the games into your existing business goals, because if not—Gamification Over.

As a channel manager, you have the choice to gamify your programs to improve upon your bottom line. Schedule a demo to see how WorkStride can help you implement gamification in your channel incentive program! 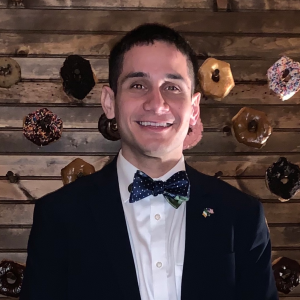 Juan Ortiz is Marketing Manager at WorkStride, award-winning provider of channel incentives, employee recognition, and rewards solutions. Juan has spent the past 7+ years working with B2B software organizations in several marketing functions and across several industries. He has a B.A. in Political Science from Furman University and an M.A. in International Relations and Affairs from Dublin City University.